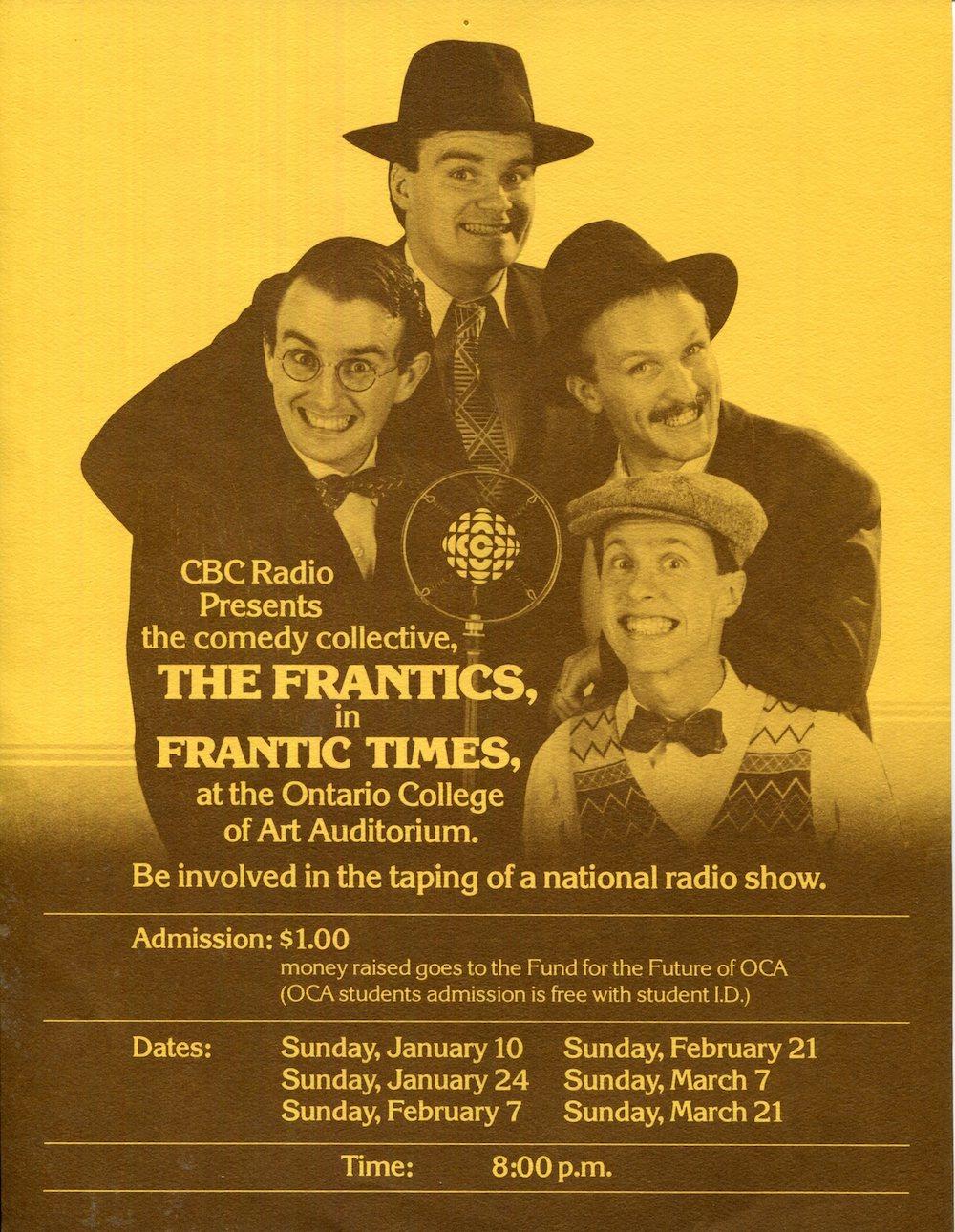 Do you see the poster above? We hated it. It was one of many ideas CBC Radio had to promote us. Hey it’s radio, let’s make it look like the old Burns and Allen radio days back in the 50’s. Also, notice “comedy collective”. That’s the communist version of troupe.

As we were toiling in the Holiday Inn curcuit there were rumblings at the CBC that the ageless Air Farce radio show might be moving to television. Panic ensued and CBC Radio grabbed the first thing that was standing by their security entrance and luckily, it were us.

We did a pilot around late 1980 and Frantic Times was launched, produced by David Milligan.

Click on this link here for the Best of Frantic times Podcasts, sketches with lots of stories.