Official Frantics website-Still together after 40 years

Accept no substitutes. Four guys from Canada who decided to use their super-humour powers for good rather than evil. For those who are thinking, ‘Hmmm the Frantics, sounds familiar.” You might be familiar with our sketch “Boot to the Head”. There is some confusion as we have two boot to the head sketches that most everyone confuses. First there is “Last Will and Temperment” and “Ti Kwan Leap”. Last Will was recorded for TV and you can see it here. Ti Kwan was made popular by our dear friend Dr. Demento, who’s radio show voted it top comedy bit two years running. You can listen to it here, Episode 30 Best of Frantic Times Podcast. “Ti Kwan Leep”, became hugely popular in the martial arts realm. You can catch hundreds of dojos performing video versions of this radio sketch, also on YouTube. We really enjoy watching them.

Yes, Frantic Times, our CBC radio show is now available as the Best of Frantic Times in the form of free podcasts. Listen to all released shows to date.

Frantic Times – “Foot and a Half of Water”:

Foot and a Half of Water

Our 1994 Best-of show performed at Club Soda in Montreal. This was great show and now you can see it right here for the first time, since, well… 1994. Have fun and as always, watch safely.

Perhaps the finest, most acclaimed live production we ever did. The complete and entire history of the world in just two hours. Okay, we had to skip some things, but it’s mostly all there.

Recorded in 1988, the tapes were lost, found and now available for viewing. Both parts available here. 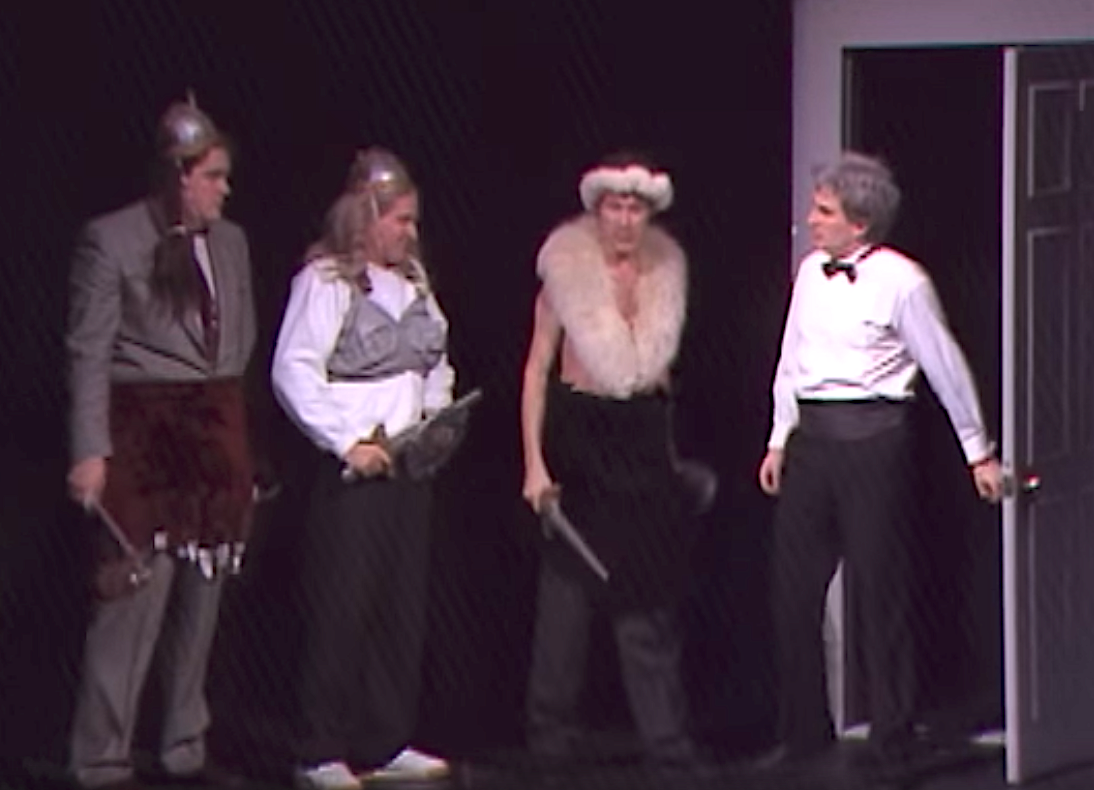 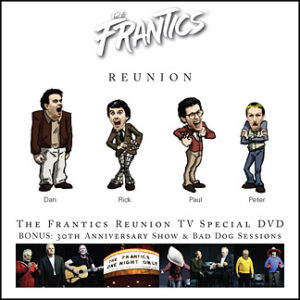 The Frantics Reunion Comedy Special broadcast in 2007 on the ComedyNetwork is here on DVD. And it’s funnier than we thought it would be.

Also included on the disk will be clips from the 30th Anniversary show that we performed at the Royal Theatre in Toronto in 2009. You can see clips from both events on the Vids page.

You can BUY IT NOW.

Probably our most famous character that we have created so far is Mr. Canoehead, Canada’s Aluminium-headed crime fighter. You can read up on the history of this incredible super hero.

In other news, after a hectic start to the year we’re taking it a bit easy and concentrating on finally getting out projects that have been in the works for a while such as The Frantics Reunion show as described above and The Very Best of Frantic Times – more than a 1,000 bits compiled from our CBC Radio show, and The Frantics Walk Upright – the lost tapes of the final performance in 1998.

The Frantics ‘went ‘Immortal’ on funnyordie.com

While Her First Period went ‘Imortal’ on Funny or Die, we’ve removed it and put the video on our own YouTube channel, just in case you were wondering why it wasn’t there any longer. So if you had sent your friends the link to the Funny or Die version, then resend them the YouTube link on the left there. Thanks.